Yoga has been around for more than 3,000 years and originated from India. The word yoga comes from the Sanskrit word “yuj” which means to bind, join attach and yoke. This also means “union, to direct and concentrate one’s attention on, to use and apply.”

In other words, yoga is about concentrating on your mind and body to bind you to God.

It’s about disciplining yourself to balance your mind, soul, and emotions, so that you can connect with your individual spirit or your “jivatma”, which is in turn part of the Supreme Universal Spirit or the “Paramatma,” a.k.a. God.

It’s about focusing your energy into constructive channels. And the name of an individual who follows the teachings of yoga is known as a “yogi.”

In this article Yoga, you will learn the basic forms of yoga. There are actually many different types of yoga; it is not strictly a term for the stretchy exercise we will be discussing.

The term “yoga” can refer to any of these things:

Karma yoga — focuses on giving of oneself without expecting any reward

As there are many styles of dance, so are there many forms of yoga that you can learn. In fact, a new one might be developing right now, as a teacher puts his or her own stamp on a specific technique.

Current popular yoga styles include, but are not limited to:

Gentle yoga, which is sometimes also called by the generic name “hatha yoga” — this usage of “hatha” is debatable; some folks believe the term should only be used to refer to the general idea for all physical yogas, while others use it colloquially to refer to the gentler style.

In Gentle yoga, the focus is on long stretches and flexibility, with slow, deep breathing (yogic breathing is known as “Pranayama”). This can be very soothing for the mind — it is the kind of mellow style most people picture when they think of yoga.

Kundalini yoga, which works on the premise that the body has eight “chakras,” and through use of “breath of fire” (rapid breathing), one can heat up the body from the bottom up, eventually “raising kundalini” to achieve a feeling of high enlightenment.

Power yoga, which is also known by the Sanskrit term Vinyasa yoga (a “vinyasa” is a series of rapid movements which warm up the body all over). This is a very active form of yoga, in which a person is moves quickly through the poses (called “Asanas”), not holding them as long as in other styles.

It is virtually guaranteed that you will sweat a lot in this; it is not for the faint of heart and gives a real challenge to the muscles

Yoga is much more into the spiritual well being that being into the physical fitness. 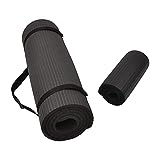 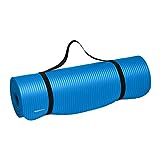 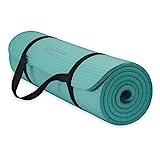 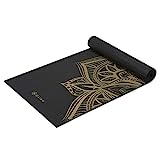